James Brown, the Managing Director of Cygnet Bay Pearl Farms, grew up on country among the Bardi Jawi people of Cape Leveque. When he was a boy, he was always taught that staying tight with the mob could see you through dangerous waters. Forty years later, he’s initiating aquaculture research that draws on this very lesson

As a small kid, James Brown hunted with his mates from the communities at the end of Dampier Peninsula, some 200km north of Broome. They would move as a mob through the wild wetlands, over the white dunes and into the turquoise shallows of Cape Leveque. Though he didn’t know it at the time, he was constantly learning about the marine ecosystems around him. 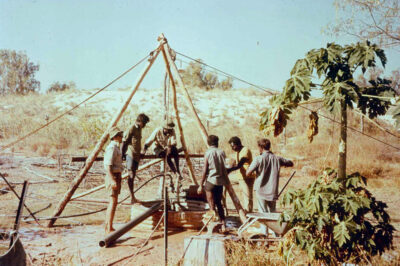 “If you spend time with Aboriginal people on country, you know they’re constantly teaching,” says James, now 44 and Managing Director of Cygnet Bay Pearl Farms. “So, it’s not like they specifically set out to teach me, I was just one of the kids. When we went hunting with the men and the elders, they showed us how to walk over spiky mangroves, where to harvest snails that are sweet when you chuck them on the fire, how to spot where a croc might be hiding…

“I never knew I wasn’t one of the Bardi – it never crossed my mind because it was never pointed out to me! In fact I remember quite vividly the only time the men pointed out the fact that I was a different colour. It was when we were out spear fishing and we had come across a deep section of water: the elders would get us to swim in a pack so we looked like a big, solid, dark shape to ward off the crocs – only, they’d stick me on the inside of the group, otherwise I’d wreck the effect!”

James’ home was Cygnet Bay Pearl Farm on Cape Leveque, which was set up by his grandfather in the 1960s. It was also a community, a place of a dozen families including indigenous locals who tended to the baskets of Pinctada maxima being grown on the seabed.

When he turned 12, James had to swap his local school of a dozen kids for Scotch College in Perth. His first lesson at the 1,000-strong private school was how to tie shoelaces and a necktie – two urban accoutrements that were completely new to him. But if this was a reset for the young man, it was nothing to the change he encountered when he returned to Cygnet Bay after four years at James Cook University in Queensland.

“I entered a double-major in Marine Science and Aquaculture. I focused on the broad, ecosystem subjects – coral reefs, mangrove ecosystems, reef fish – the kind of stuff I found absolutely enthralling. When I got home I was suddenly looking at systems that I knew intimately as a child with a fairly strong indigenous cultural knowledge layer – only now, I was looking at them through the lens of western science.”

It wasn’t the only shift James encountered. The family pearl farm in the year 2000 was a very different enterprise.

“By then, mechanisation had kicked in, so we were using longlines and cleaning boats, and demand for our product was really strong. The pearling industry was running at full tilt – it was humming.” 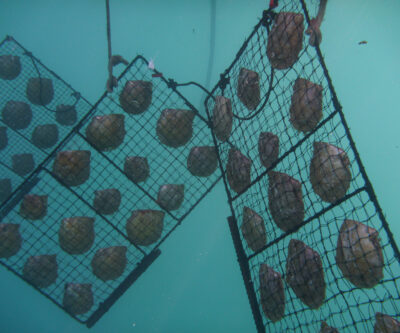 Cygnet Bay held 12% of the West Australian wild shell quota and operated one of the biggest leases in the Kimberley. The pearling industry was mostly exporting its pearls overseas and generating some $200 to $300 million a year. 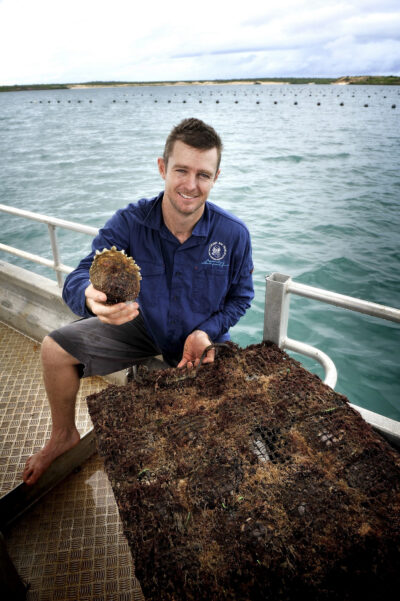 “This was when I started my pearling apprenticeship, and I started from the very bottom, working on the dive boats and the cleaning boats. Then I worked my way up through management, and finally I was running the show.”

Within ten short years, however, Australia’s pearling industry all but sank out of sight.

“Around 2006, it fell upon seriously hard times. It was a combination of a mystery disease called oyster oedema disease – which was essentially an early signal of climate change – and the impact of the GFC. Across the country, we went from 16 pearl farms down to just three of us. Pearling was easily the biggest employer in the region, so instead of employing around 2,000 local people, it was down to a fraction of that.”

James calls this his ‘angry phase’. He says there was media outcry when car workers were laid off in the cities after plant closures; but when the same number of workers in remote Australia (many of them indigenous) lost their livelihoods, there was deafening silence. Moreover, the people being laid off – people who had few alternative career pathways – included his lifelong friends and extended family.

Faced with a choice of ‘sink or swim’, James set about a relatively haphazard reinvention of the pearl farm. And it started with tourism.

“The pearling industry always had this culture of secrecy. The further away you are from people, the better. So tourism was actually seen as a threat. But I’d seen how Margaret River had evolved itself and thought there was an opportunity.”

In 2009 Cygnet Bay became the first working pearl farm to open its gates to the public. The operation grew quickly and organically, with the team consolidating what worked and rejecting what failed. As well as tours of the farm, visitors could do ‘sea safaris’. Old cottages were converted to accommodation. The old workers mess hall became a catering facility. And infrastructure in the farm was upgraded.

It was in that same year that James realised he had everything he needed to set up a research station.

“If you go to a lot of marine research stations on the Great Barrier Reef – like Orpheus or Lizard Island – you’ll find there’s a resort next door. It’s because they leverage the synergies of basic infrastructure, like power, water, waste and transport, as well as things like accommodation and catering.” 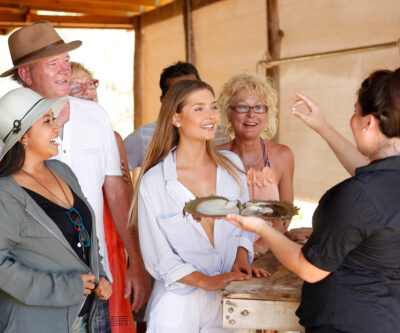 James set up Kimberley Marine Research Station to answer a need in a vast and pristine environment that had no permanent facilities in which to carry out proper science and surveys. Moreover, he thought it was well-placed to research an environment and industry that had so spectacularly collapsed in 2006.

For five years, the station worked with researchers from Western Australian Marine Science Institution (WAMSI) on broad ecosystem-type projects. It was the first ever attempt to describe the Kimberley system from t